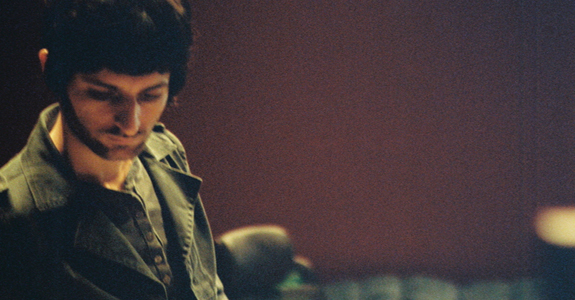 Thom Donovan, singer, songwriter and guitarist, began his career as a session musician—recording and touring worldwide with a variety of artists. Unfulfilled by his work performing other artist’s compositions, he formed a band of his own called Lapush. The goal was simple—“To make records that I would buy”. The band’s debut album, Someplace Closer To Here(456/Fontana), was released in 2005. Later that same year Lapush made their network television debut on Last Call with Carson Daly on NBC. The album’s second single, “Aurora”, was featured in the cult television series “Moonlight” (CBS). The album and single each peaked at #15 on the Alternative/Specialty Charts. The band’s second album, Modern Blues, was released in 2007 through their own imprint. The first single, “Closer”, has appeared in MTV’s popular show, “The Hill’s”. Songs from both releases have made frequent appearances on MTV, VH-1, and The Lifetime Movie Network.

Thom Donovan released his debut solo album, Cast A Light, in 2010. Cast A Light is the sound of an artist passing through music history, gathering aged sounds and pushing them into the future. The album has been featured on KROQ as well as a variety of television shows on MTV, VH-1, and the Oprah Winfrey Network. Donovan’s music has also appeared in the independent film, “Outpatient” (Clear Pictures). The Riverfront Times notes, “Cast A Light considers mature themes, set to the chimes of twelve-string guitars, tidy hooks and immediate melodies”.

Donovan’s sound can be described as a synthesis of Phil Spector’s “Wall of Sound”, Brit-pop and indie folk performed through the lens of a classically trained musician. His recordings employ a combination of early and modern techniques—with equal parts acoustic instrumentation and laptop. A body of work produced in his humble home recording studio in St. Louis, MO has become the landscape for some of the world’s most popular television shows.